‘Reflections on Voluntary Corporate Governance Codes: Is it now time to move on from a “soft law” approach to a “hard law” approach?’

There is, therefore, no doubt that the idea of voluntary compliance with good corporate governance practices, based on the principle of ‘comply or explain’, has captured the imagination of the world. It is probably one of the best and most comprehensive examples of ‘self-regulation’ ever seen in any area where the society could be affected significantly, for current purposes by corporations.

However, is this the most effective way of ensuring that corporations act responsibly and adhere to good corporate governance principles? Have these Codes really improved corporate governance practices significantly? Is it time for a rethink and, at least in certain areas, start to rely more on ‘hard law’ and clearer expectations to ensure compliance? 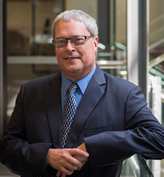 In early 2013 Professor Jean du Plessis, School of Law, Deakin University (Australia), was awarded the Anneliese Maier Research Award by the German Alexander von Humboldt Foundation. He was nominated for this award by Professor Ingo Saenger, University of Muenster (Germany). The award covers the period 1 March 2013 – 28 February 2018. The central theme of research that will be explored under this award for the next five years is the further internationalisation of the German corporate law and corporate governance systems. This is be done under the general banner, International Corporate Governance and Law (ICGL).

As the third major initiative sponsored by this award, the Deakin Law School and the Business School of the Chinese University of Hong Kong will co-host the Forum on 25 and 26 April 2016 in Hong Kong at which presenters and delegates will reflect on Voluntary Corporate Governance Codes: Is it now time to move on from a ‘soft law’ approach to a ‘hard law’ approach?